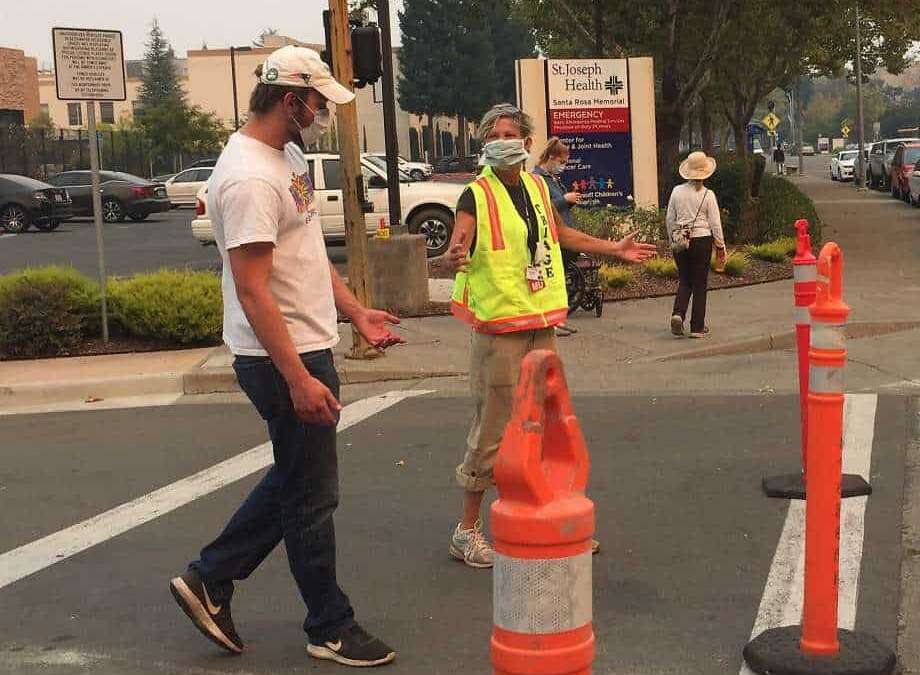 Santa Rosa Memorial was the northernmost hospital to remain open in the midst of the North Bay fires Monday.
About 60 people arrived at Santa Rosa Memorial throughout Monday morning, including two burn patients in critical condition, 15 people with moderate injuries and 43 with minor injuries, Colleen Flynn, a spokeswoman for the St. Joseph Health group said.
Santa Rosa Memorial, Queen of the Valley Medical Center in Napa and Petaluma Valley Hospital remained open as of about 3 p.m. None of the medical centers had suffered any structural damage, officials said.
Santa Rosa Memorial also accepted evacuees from our neighboring hospitals — including six transfers from Kaiser Santa Rosa, which was evacuated and shut down, and six from Sutter Medical Center.
Petaluma Valley took in 28 patients, including several who needed to be evacuated from Sutter Medical Center, Kaiser Santa Rosa and senior living facilities in the area.
Flynn emphasized that those without injuries should seek help at shelters, not medical centers.
After evacuating Fountaingrove about 3 a.m., the family took shelter in Elizabeth Tito’s office, where their youngest child, 11, and pets remained Monday afternoon.
Krilich was one such doctor, who assumed his home was gone.
By late afternoon Monday, Santa Rosa Memorial had treated 160 people.

“The types of injuries you’re talking about responding to in a mass casualty event are the types of injuries we see here every day, it’s just that there are substantially more of them,” said Miller, a trauma surgeon at University of Louisville Hospital.
And in the event there’s a mass shooting or any large-scale disaster in the region, this sterile space would quickly be filled with patients, and extend into a nearby hallway and other areas.
In Kentucky, hospitals and first responders have contingency plans if something were to happen. The people with the most traumatic of injuries – like a gunshot, knife wound or severe burn – would go to University Hospital. And Miller said other hospitals in the area would take on patients with less severe injuries.
And though these plans haven’t been tested at the magnitude of what happened in Las Vegas, both emergency departments get practice.
But the playbook is also used every day on routine injuries.
At Norton Children’s—the region’s Level 1 pediatric trauma center—attending trauma physician Keith Cross said in case of a disaster, the mode his staff would go into is a more intense version of what they already do.
You’re not Superman all the time, you can’t live that way, but sometimes you switch into that mode, and that’s what you do when there’s a mass casualty event,” said Cross.

iPads Are A Great Fit For Doctors

It seems like its only a matter of time before iPad technologies in doctors’ offices and hospitals become as commonplace as many of the familiar sights when a patient visits a medical center. An article outlining physicians’ growing affinity for the iPad... 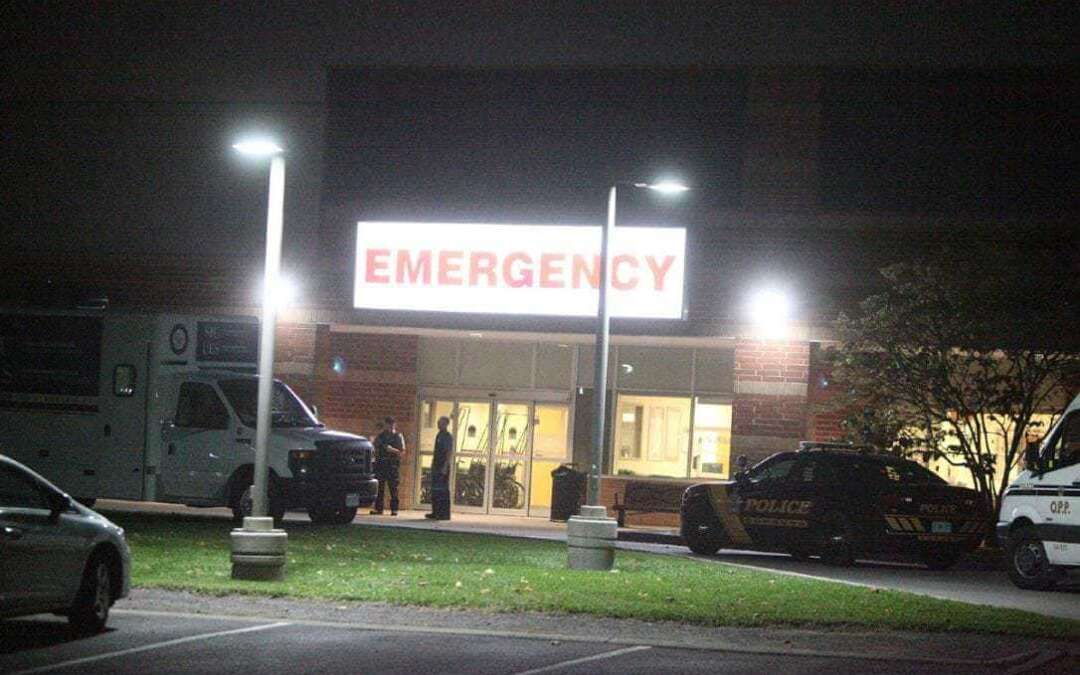 COBOURG, Ont.—A place intended for healing became a scene of violence and trauma when two rounds of gunfire erupted in a hospital emergency room, killing an elderly married couple and leaving other patients fearing for their lives.
Early details from police and witnesses paint a chaotic picture that has left this community, about an hour outside Toronto, reeling.
SIU spokesman Jason Gennaro said a 70-year-old man and 76-year-old woman, who were married to each other and lived within an hour of Cobourg, were both admitted to the hospital’s emergency room late Friday night with unknown ailments.
Around 11 p.m., Gennaro said police were called to the scene after receiving reports that shots had been fired in the triage room where both the man and the woman were lying side by side on gurneys.
She heard a loud bang and initially believed a nurse had knocked over a table, but soon heard people screaming for help and calling 911.
“We were just sitting in this room with gunfire.
You just assume that there’s someone in the hospital just shooting the place up.
Gennaro, however, would not confirm this account, saying only that the woman suffered from a head wound and that the source of her injury was still under investigation.
Gennaro said Ontario Provincial Police is handling inquiries into the woman’s death, while the SIU itself probes the death of the man.
“Everybody’s shaken up, but they’re handling it really well.” Andrews, who received a call from Bargava on Saturday, praised the staff’s calm and efficient response to the crisis.

I came across an article about some Toronto doctors using the Microsoft Xbox Kinect video game console to manipulate and view images while still at the operating table. Typically, surgeons have to step out of the operating room, scrub out, and view the images outside...
« Older Entries